The Closet is a part of The Shed Collective

Kate Carvellas deploys the concept of reliquary to elevate the often discarded and disused objects she incorporates in her assemblage artworks. Doing so, she endows her collected urban detritus with new life and new meanings.

Kate Carvellas is an artist who works in assemblage, sculpture and mixed-media abstract paintings. In 2004, Carvellas began creating thematic collages using imagery from various magazines and other mass media sources. A couple of years later, she expanded into three-dimensional assemblage, creating sculptures out of found objects. Later, she started leaving her own marks on the work, eventually segueing into abstract paintings. Most recently she has been combining found objects into her paintings and sculptures. Carvellas has received various awards including Awards of Merit (53rd Annual Bold Expressions Art Exhibit in Carmichael, CA) and Best in Show – 3rd Place (FRESH Exhibit at South Bay Contemporary – 2014), and in 2018 her assemblage, “My Soul Is Not for Sale” was purchased for the Lancaster Museum of Art and History’s permanent collection.

This is so cool: Repost from @debbiekorbel • This is sooo sweet!! A 9yr old boy named Thakon, a budding artist who lives in Italy, did his school project on my art. Thank you Thakon! I hope you get a good grade! Stay safe ❤️❤️❤️ @berlendisornella #contemporaryart #sculptures #losangelesartists #unusualart #artinquarantine #femaleartist @churchboutique
The current crisis presents us all with new difficulties, but it also presents us with new opportunities. We've been combing every resource to help artists continue to work and sell and thrive. . We are keeping an eye out for online exhibitions, funding for artists, important resources and more. . Shoebox.PR has lowered our yearly subscription fee to $50. . Make art not research. Sign up for our Calls for Art, Grants and Residencies listing instead. Every two weeks you'll receive a carefully researched listing that has been filtered for best results, and neatly organized so you can find your best opportunities quickly and easily. . Send us your email address to get a free sample of our current listings. shoeboxpr@gmail.com. . If you like what you see, sign up for an annual subscription for $50 or a monthly subscription for $20 and let the opportunities come rolling in. . If you would like to get started immediately receiving a regular list, follow the link in the bio. . #makemoreart #artfunding #artcalls #resourcesforartists Artwork by @sfroschauerart
Kindness Rocks! What a wonderful thing to do! . #publicart #artkindness #communityart #goodneighbors
“Patricia Highsmith” by @joannblock ! I love love love a good collage piece and this one has just got so much going on in it. Feel the feels! . #uniqueportrait #artandfriends #collageartist #artinspiration
One we might all be able to relate too right now. From the artist: . “And...in my 3am awakenings, I’m doing strange little drawings. I’ve felt shy about posting, but here’s one: (It felt to me like she was standing at her window, sheltering in place, but waving hello to the world)” . #coronavirusart #3amthoughts #wavehello #strangelittledrawings
Repost from @blueroofstudios • Great source of inspiration and time spent! Via @nytimes / featuring one of our favorites LA based podcast interviewing women artists @whatartistslistentopodcast #inspo #socialdistancing #podcasts #listen #timeflies #mentalhealth #pandemic
Does this wonderful work, “Buried”, by @palmerearl_art resemble your place right now? Or are you the fastidiously neat type? Somewhere in between? #staypositive #artinhardtimes #cleanlinessisnexttogodliness #messinessishappiness
“Call and Response: Collaboration at a Distance” “Call and Response” is a project organized by Kristine Schomaker and her team at Shoebox PR. Drawing on the tradition of Jazz and Exquisite Corpse, this project is meant as a way for us to stay connected, to check in with each other and to support each other. This is collaboration at a distance. Please send us your information by tomorrow Wednesday March 18th at 6pm. Follow the link for information on how to get involved. We will pair you up with another artist tomorrow night and over the next two weeks you will work together electronically and create as a call and response. Check the link in our bio for more info! #callandresponse #artiststhrive #keepitcreative #exquisitecorpse #shoeboxpr
Silliness is always in fashion. #funfunfun❤️ #wineandart #shoebox #insprational
Sometimes we get down to the thing itself by stripping away all that fancy color and looking at it in its most pure black and white. And also all the shades of grey in between. #blackandwhitephotography #blackandwhitepainting #monochromeart #staypositive
#staypositive #artinhardtimes #insprational #bewell
Our first of many Shoebox PR "social distancing" meet-ups!! It was so great to get the group together to talk about art they are working on, cancelled events, posting to social media, ways to stay connected, supporting each other and more. We are going to do this every 2 weeks. #stayinspired #beempowered #artiststhrive www.shoeboxpr.com screenshot by Sheli Silverio #Repost @shelisilverio (@get_repost) ・・・ #SocialDistancing Together! I want to take a minute to say how impressed I am with @kristineschomaker and the way she cultivates community. I am proud to be a part of the @shoebox_pr team as we find ways to inspire each other! If you're feeling lonely, don't discount the power of the video chat! Stay hopeful, stay healthy, make art, read books, hula hoop, write, work on all those things you feel you never have time to stay put and work on! #artistsjourney #artinthetimeofcorona #contemporaryartdaily
#Repost @kristineschomaker • • • • • • Brewery Artist Lofts ARTISTS! I am available to offer artist support via Skype, Zoom or phone as a consultation for $30 for 30 minutes. Contact me for more information and to schedule an appointment. shoeboxpr@gmail.com Check out our website at shoeboxpr.com to see how we can work together while you are working on your art practice. #linkinbio Now is the perfect time to get support to sustain and empower your art career. #artistcoach #artistsupport #artistmanagement #artistmentor #artinthetimeofcorona #onbeinganartist #shoeboxpr @shoebox_pr @artandcakela #artistsustsinability #artistempowerment #artistinlosangeles #losangelesartist #internationalartist
Opening reception for @cfodoreanu ‘s show #losttrees tonight from 6-8pm at the Next Door Craft Beer and Wine Bar. Can you tell how these pieces were made? #artinunlikelyplaces #arteverywhere #treecircle #artdoctor
Here’s an optimistic landscape from one of our favorite artists and friends, @betzisteinartist for everyone here in rainy LA and everywhere else! There’s always so much to enjoy everywhere you look! . . . #landscapepainting #happythoughts #brightdaysahead #wondereverywhere 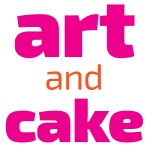